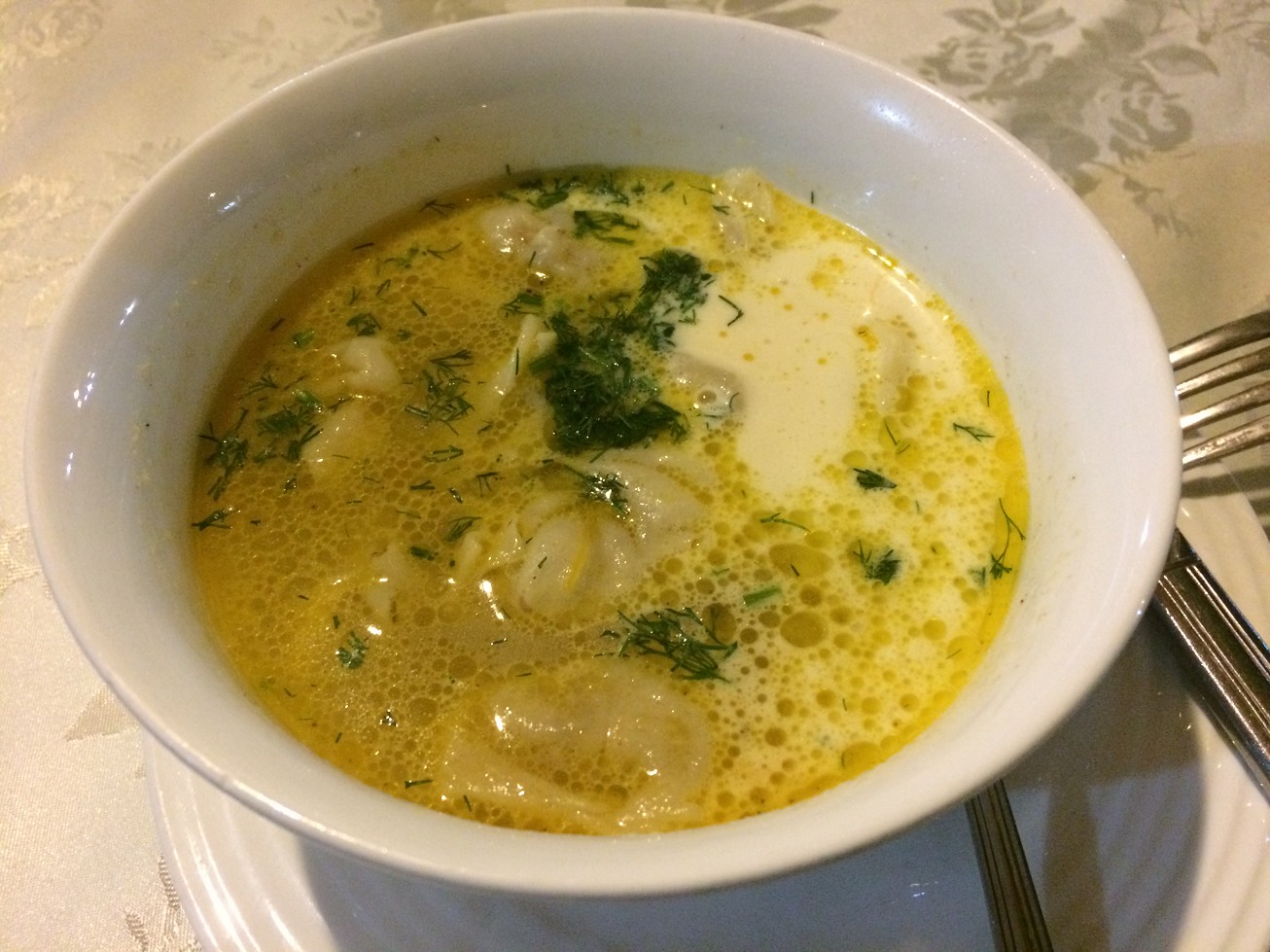 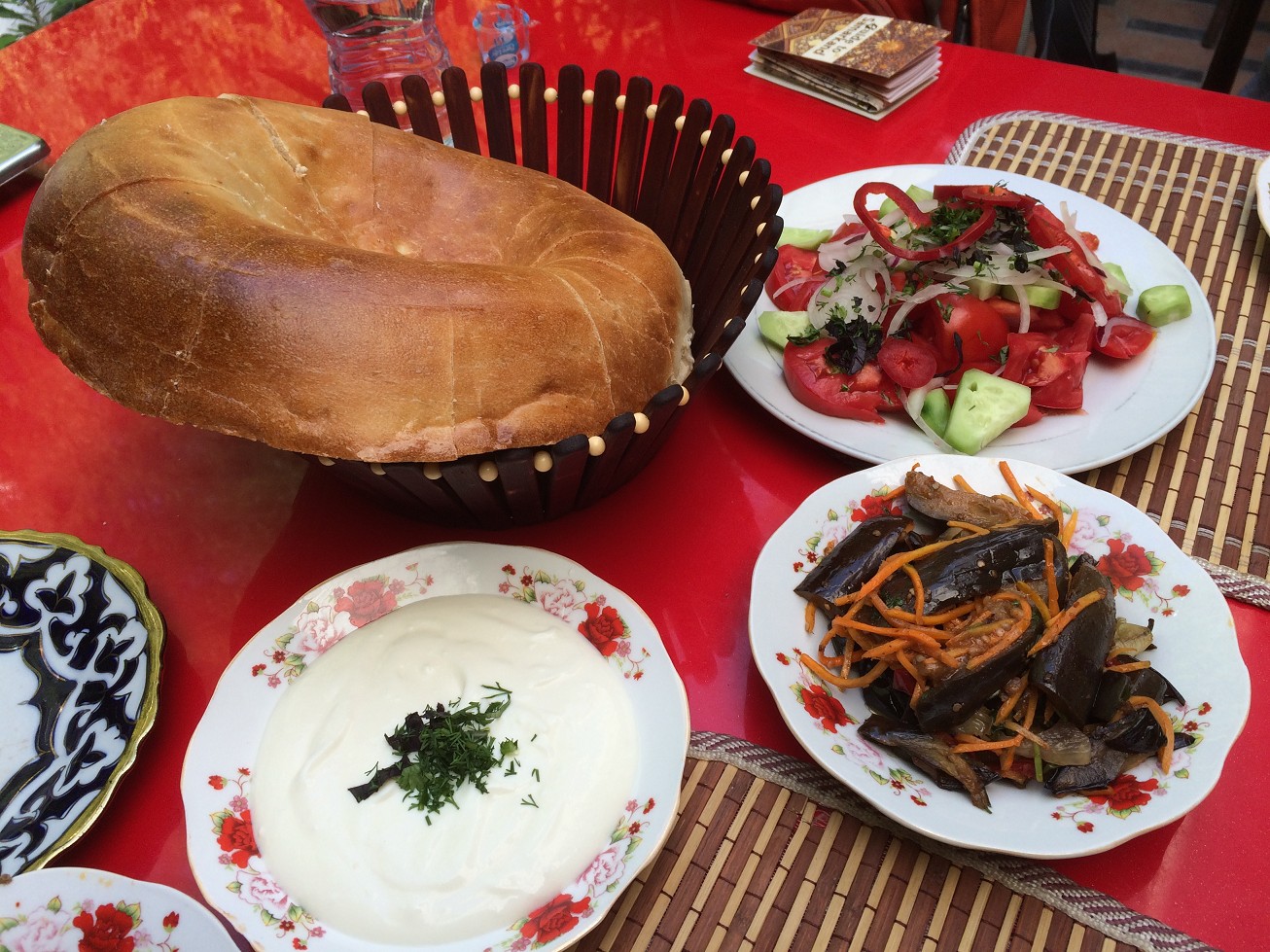 Plov is surely the national dish in Uzbekistan. Most mans in every household are proud of making their own fantastic version of Plov. When it comes to festivals, cooking a big pot of plov to share with neighbors is a important event. To show the respect of this dish, there is even on Central Asia Plov Center in the captial Tashkent! 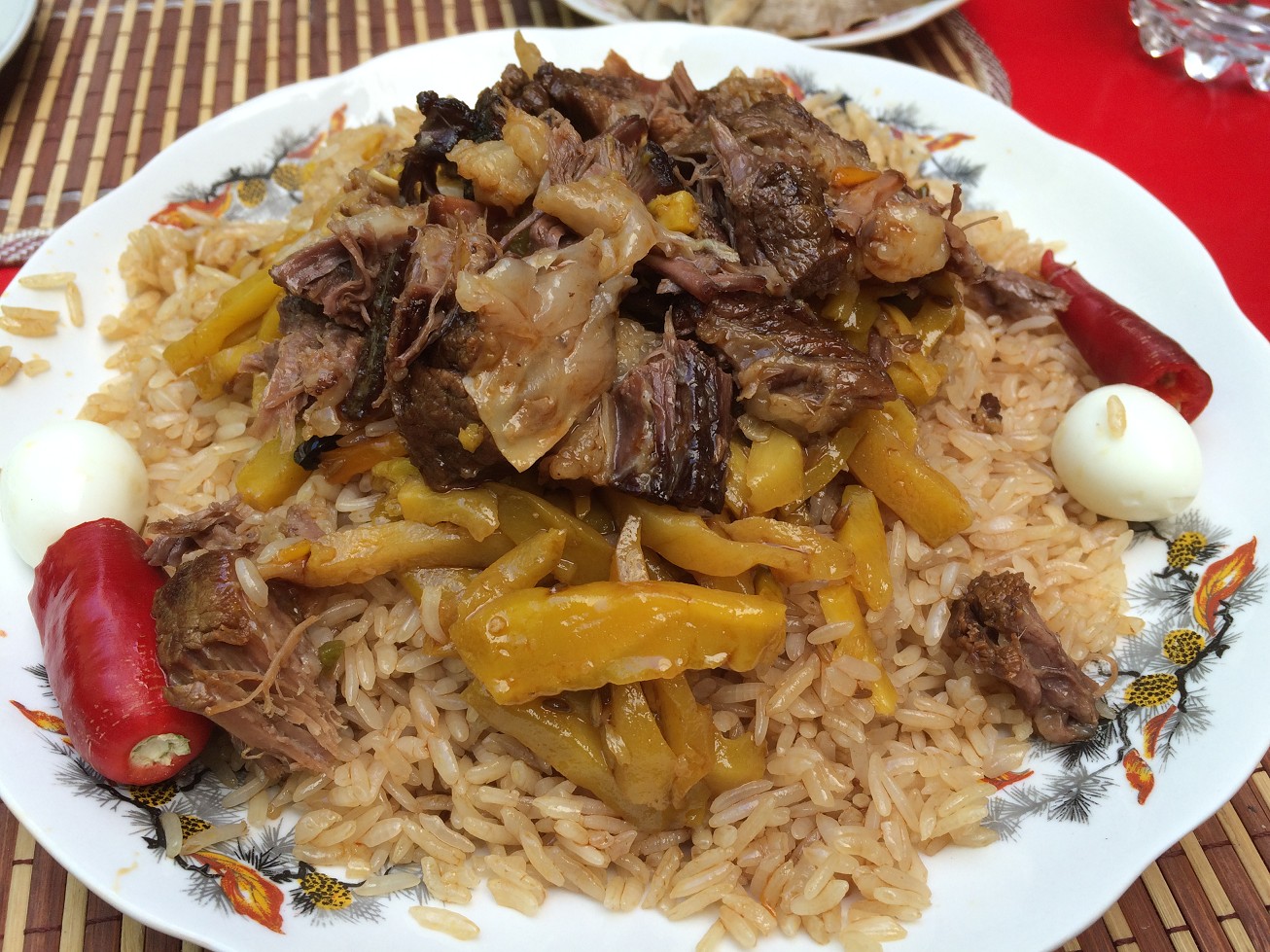 Look at the yummy plov, do you feel hungry?

The way of making Plov is actually quite similar to that of Paella, just that the ingredients and flavors are replaced by Central Asian ones. First of all, you have to fry beef or lamb (with bone) with onion in a big pot. After that, you should add in carrots, raisins and season the pot with some salt and cumin. Finally, rice is added into the pot and covered with water to be slowly steamed until it’s done. 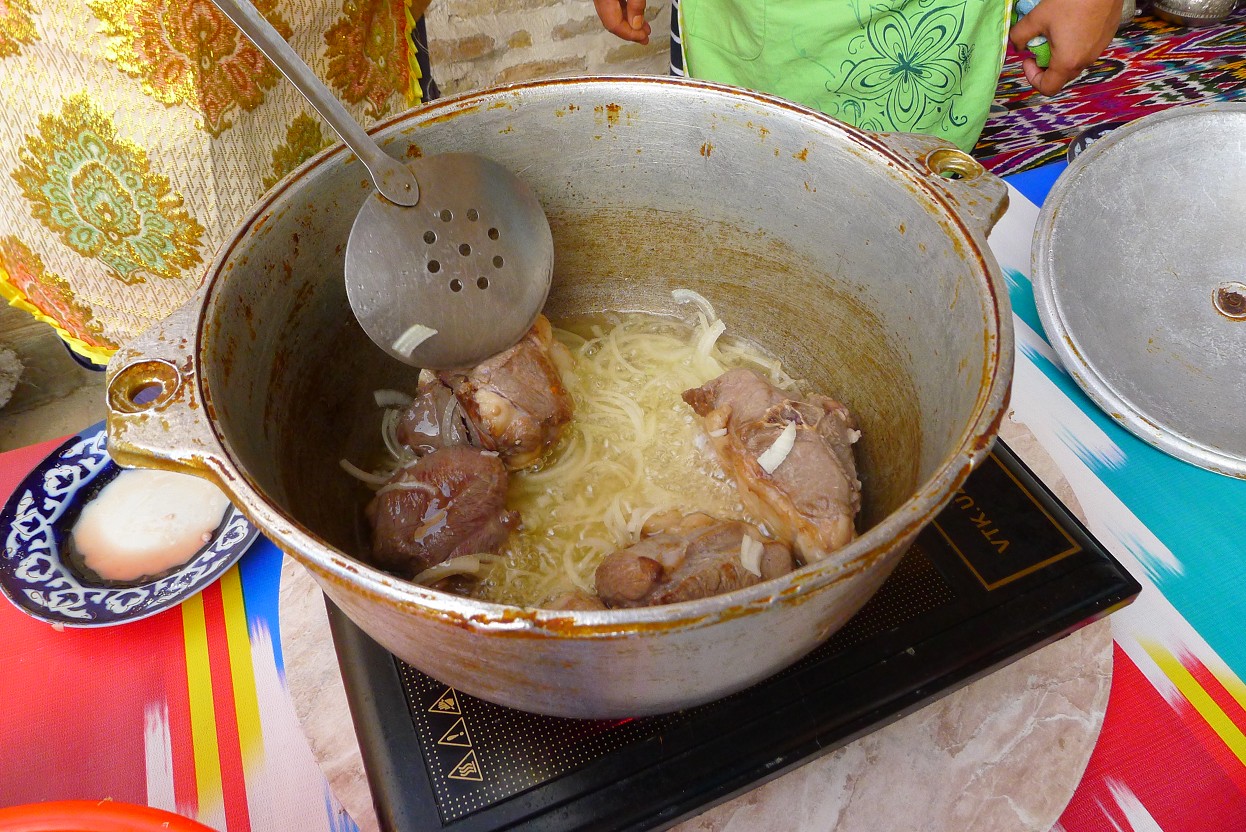 Fry beef or lamb (with bone) with onion 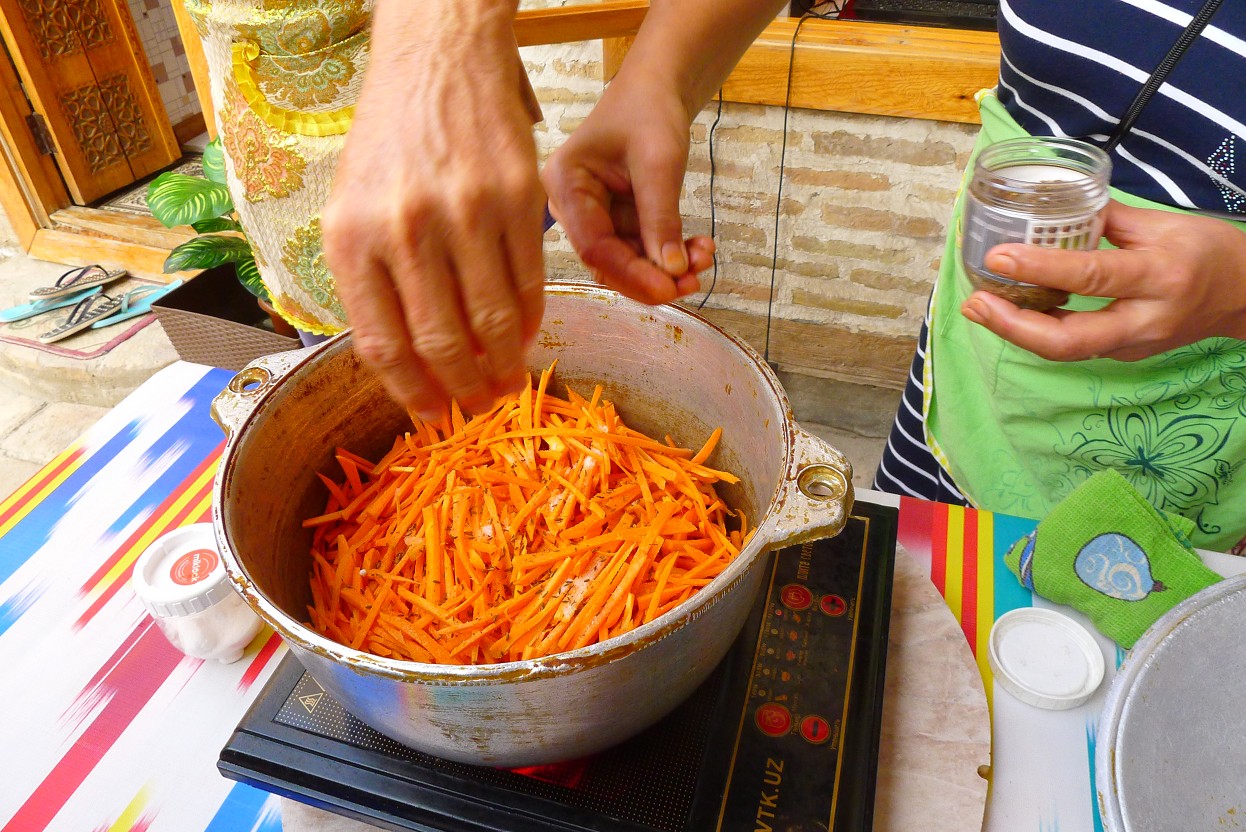 Add in carrots and season with salt and cumin 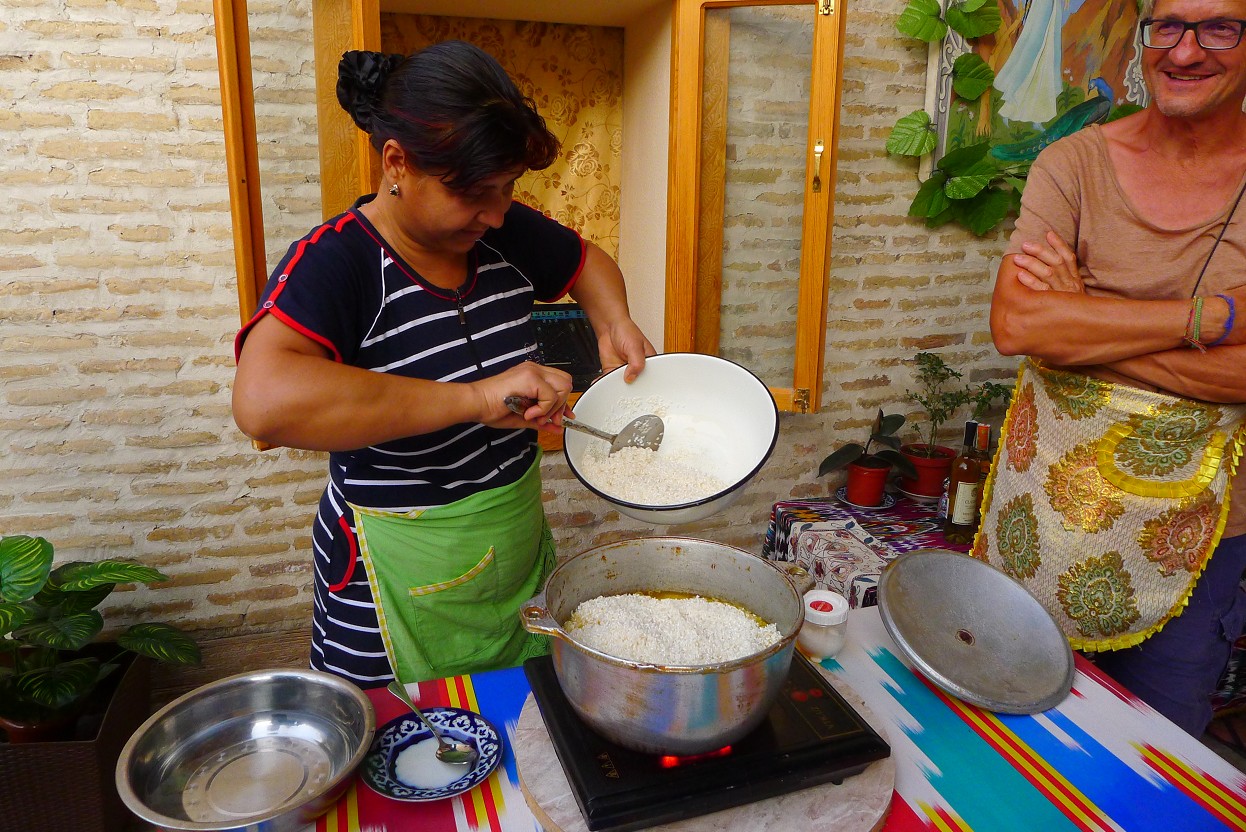 Finally rice is added in and steamed until it’s done 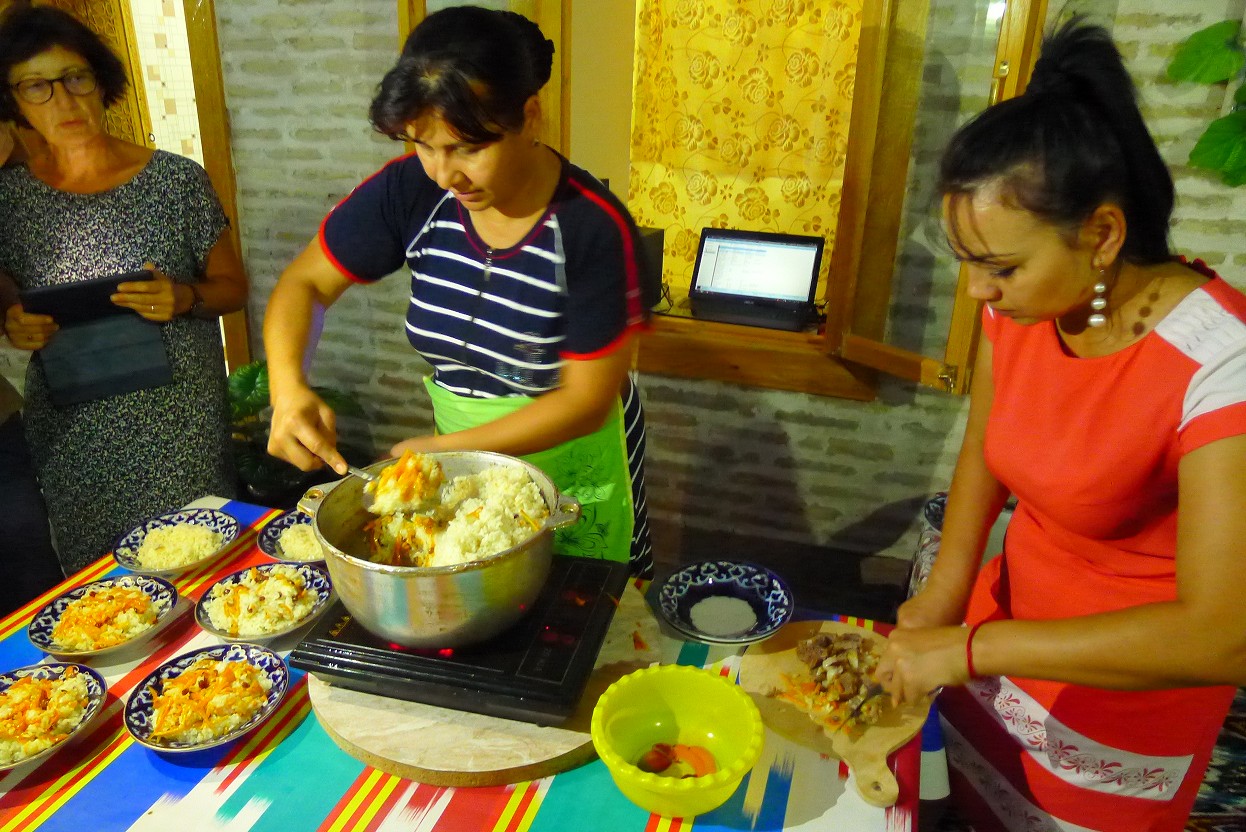 Viola! It a big pot of Plov!

In fact, from Central Asia, South Asia, Iran to Turkey, all the countries have something similar to Plov, but with different names. Some call it Pilaf while Uzbekistan call it Plov. As for the superiority of taste, I think it’s up to you.

It looks like Taiwanese Xiao Long Bao right? But the reality is that Manty is not only twice bigger in size, its fillings are primarily lamb and chopped onion, and it usually goes with yogurt sauce. For the first time, I quite like the special taste, but it is a bit greasy and meaty that I won’t eat it for a second time in a short period of time.

I guess this must have something to do with the noodle culture in North-Western China. The Lagman in Uzbekistan is usually with the beef broth, and added with local vegetables such as carrots, tomatoes and bell peppers. Thick and chewy noodle is the highlight of the dish. As long as you know this dish, I promise that you won’t get starved in Central Asia. On a side note, there are both soupy or dry Lagman, just like the same as we have in Taiwan! 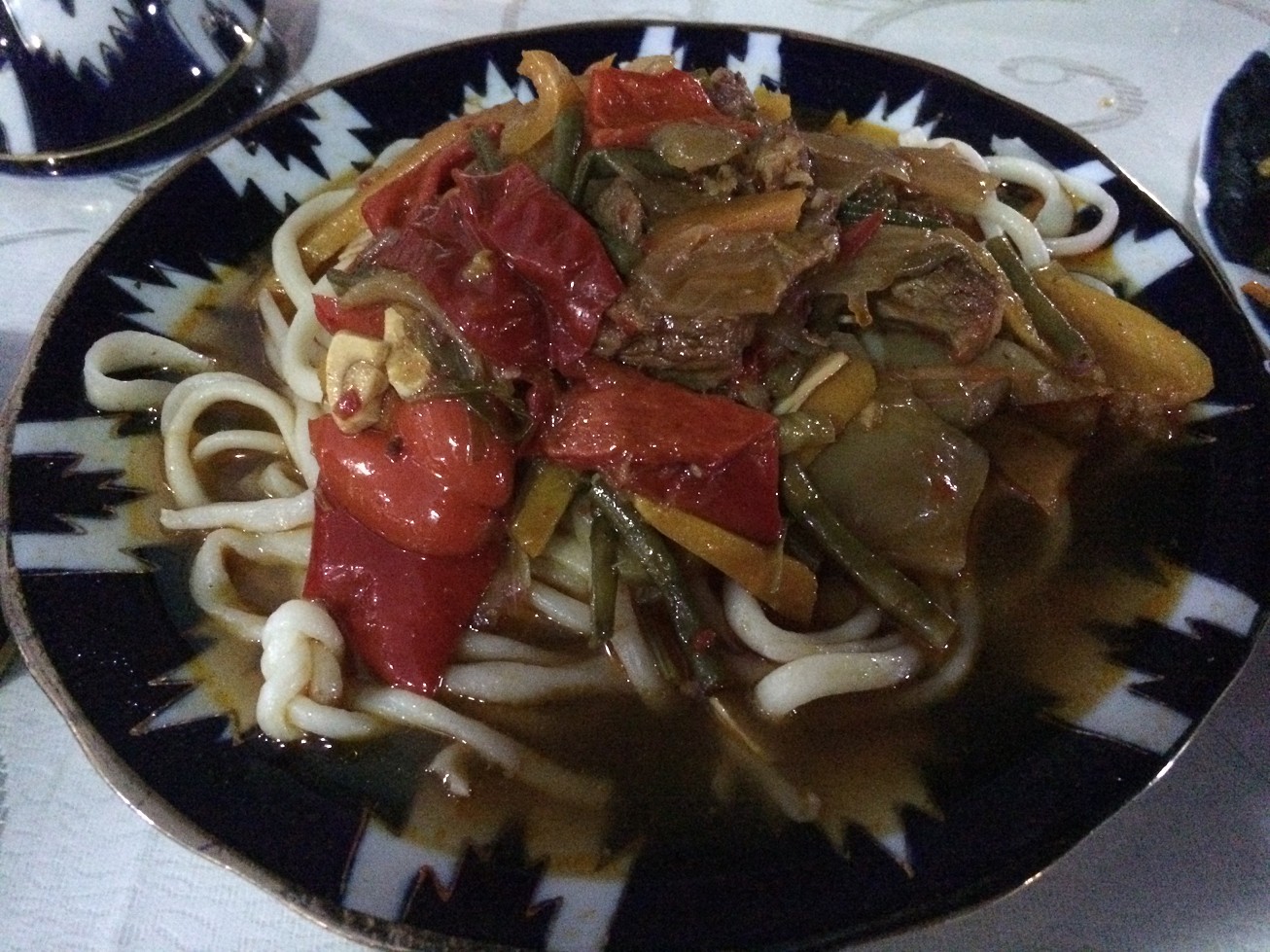 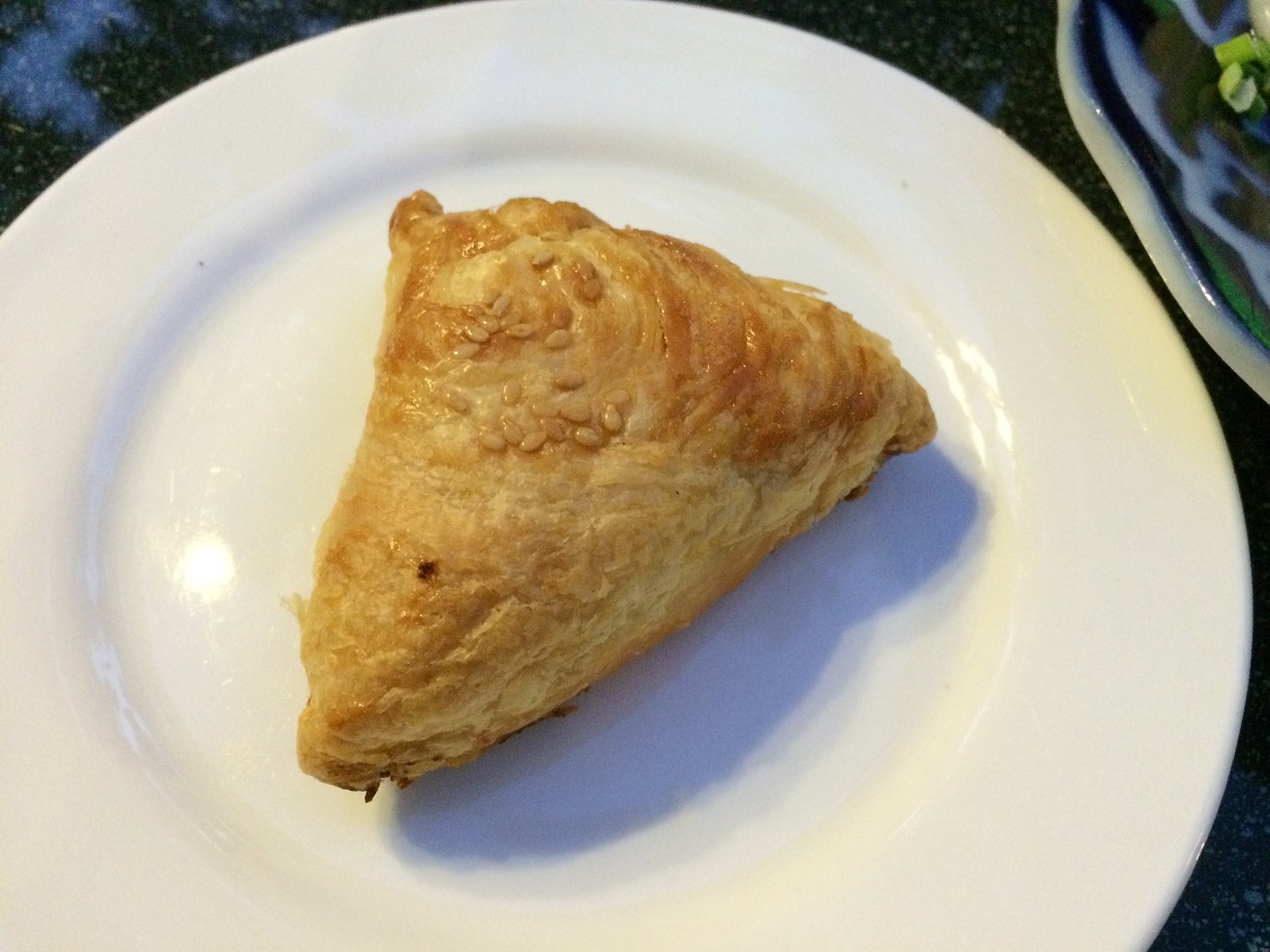 This Somsa makes me think of the curry puff in India and Singapore. Other than Somsa with meat, there is also vegetarian version which is filled with pumpkin. We do like the pumpkin version here as we already had too much meat in Uzbekistan!

This is simply barbecue! Most of the barbecue you will find in Uzbekistan is beef. Some restaurant will grill the whole piece of meat, but some use minced meat balls instead. Both styles have their own fans but the same thing is that you will always find pickled onion together with Shashlik as it makes the meat taste less greasier. 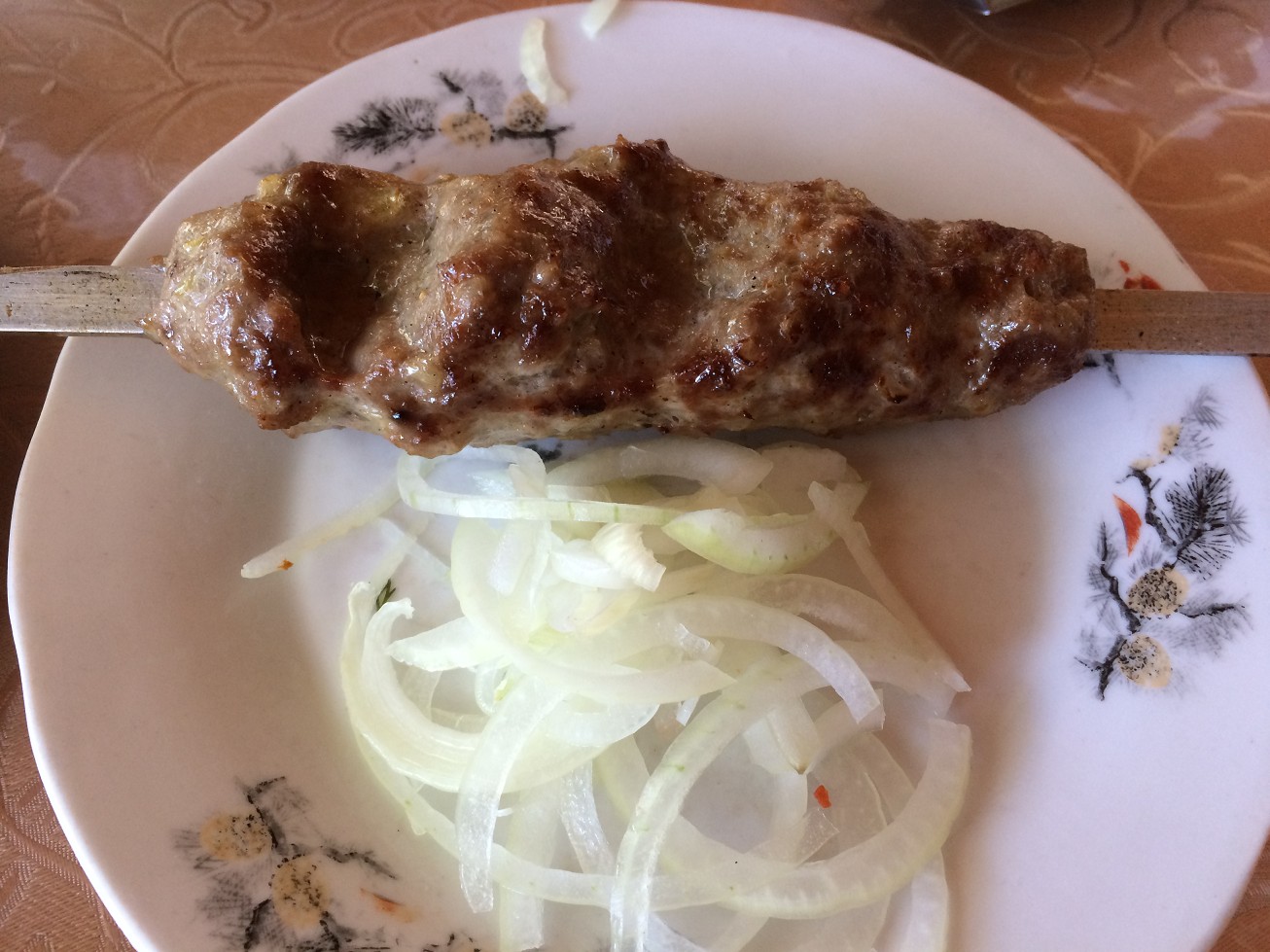 After seeing all these, do you feel hungry and wanna try them out yourselves?